SIBA Awards for Weizen and Wolf of Glen Moray

We are very proud to announce that two more of our beers have been acknowledged as some of the best in Scotland by the Society of Independent Brewers at their annual awards in Glasgow. 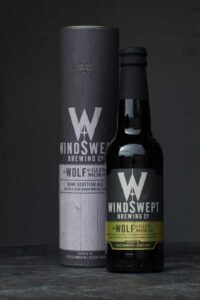 Weizen is always a favourite at festivals and shows, and was recently awarded ‘Beer of the Festival’ at Aberdeen CAMRA Beer Festival.  It’s a small batch brew and until now it has only ever been available in cask, but due to the incessant demand, it’s now available in bottles too.

The Wolf of Glen Moray is a special edition limited release of our award winning Wolf, aged in Glen Moray whisky casks.  Now on it’s second release, the first edition sold out in weeks. With this new award under its belt, looks like the second edition won’t be around for much longer either.