Windswept Brewing Co have been creating speciality beers aged in whisky barrels since 2013. But why?

“The wooden barrels impart new depths of flavour and complexity to our already award-winning beers. We only use locally sourced casks from the Glen Moray Distillery in Elgin, so we know they’re fresh and still wet from the spirit. Some beers, such as old ales and strong stouts are much better suited to ageing than light ales or IPAs. We’ve done a lot of experimenting in pairing beers with whiskies, so we know which combinations will work well. Unsurprisingly, the first flavour to marry with the beer comes from the whisky. This is noticeable within a week. We continue to age the beer for a further 4 months. In that time it will also develop caramel and vanilla flavours directly from the oak. Once the beer is judged to be ready, we bottle it on site here in Lossiemouth.”

The first is Bear, a 10.5%ABV Russian Imperial Stout. Bear was a huge hit last year, selling out in a couple of months so we’re delighted to be releasing it again. Bear was one of only eight beers to win the highest accolade, the 5* award, in the inaugural Beer Awards announced in October. It was also a Finalist in the Scottish Beer Awards (Best Porter or Stout) and the Highlands & Islands Food & Drink Awards (New Product Award). It was bottled on October 7th and conditioned in the warm room for 8 weeks before its release on December 1st. It’s pitch black, velvety smooth on the mouth, and rich in bitter chocolate and espresso flavours. 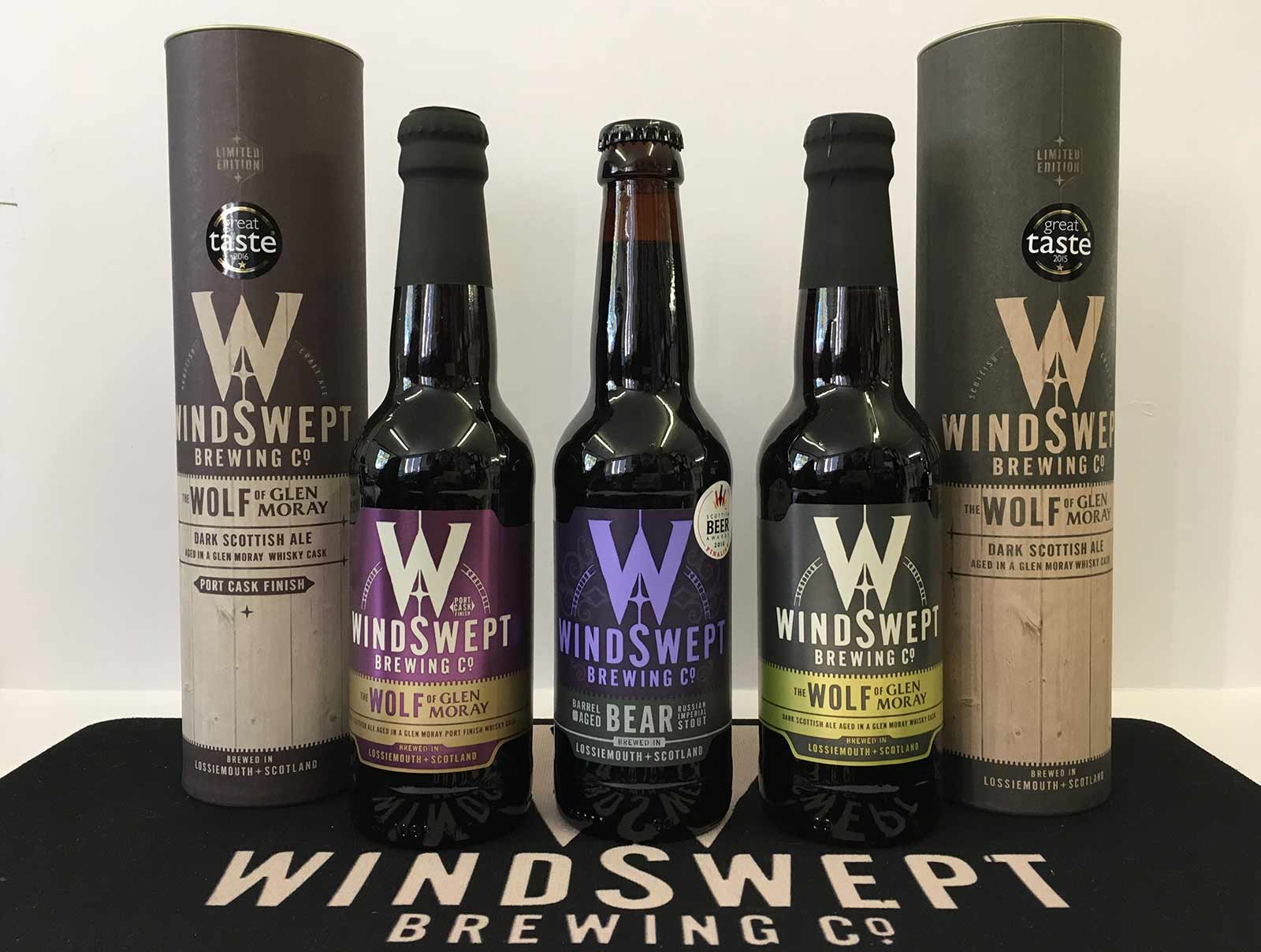