Windswept Brewing Co. brewed its first commercial brew in November 2012. To toast our fifth anniversary, we needed an extra special beer.  CHINOOK is a bold and juicy 8.4% Double IPA with mouth-watering aromas of tropical fruits thanks to four of our favourite hops; Amarillo, Chinook, Citra and Galaxy.  Passion fruit and citrus flavours give way to a satisfying bitterness and candied peel on the finish.

It’s been an incredible first five years in which our fermentation capacity has grown from 20bbl to 140bbl and we’ve released more than 20 beers.  In 2017 alone, we’ve seen the addition of CLAVIE, MACROBERT’S REPLY, LIGHTHOUSE, RUDOLPH and CHINOOK to our beer line-up.  As we look to 2018 we have another five new beers in the brew plan to keep things interesting.  We now operate in 4 times the floorspace we started with and will soon be opening the doors of our new Tap Room and Shop in the next few weeks.

Forces TV (thank you BFBS) popped by the brewery to do a feature on us.  It gives a great snapshot of life at Windswept and shows what Al and Nigel get up to when they’re not in the brewery.  Click here to view.

There have been so many highlights including awards, sponsorships, events, and positive feedback from so many.  We love what we do but we couldn’t do it without you so THANK YOU! 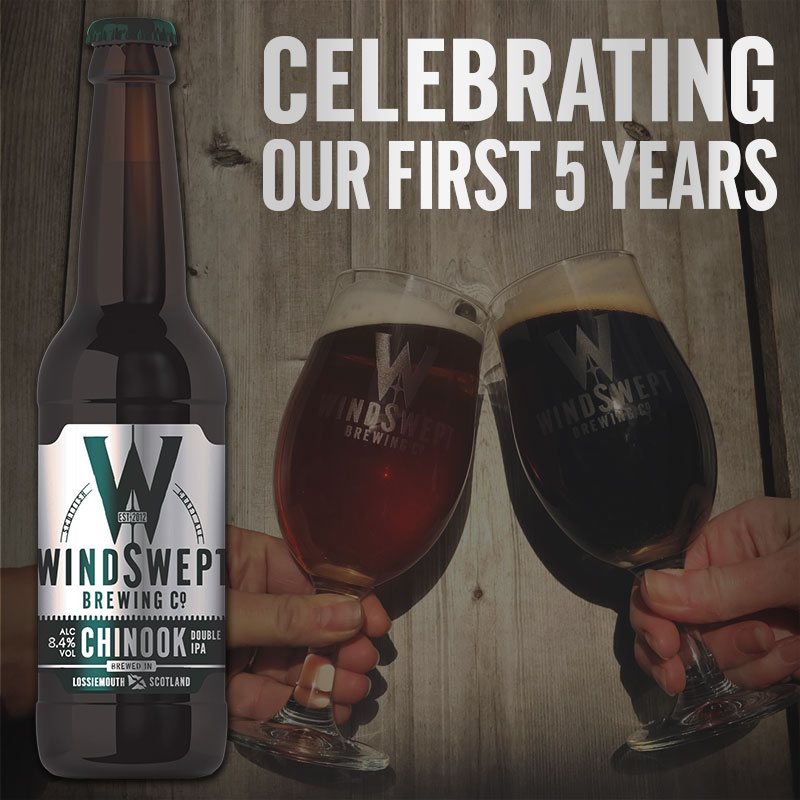