This year we were lucky enough to be involved with the Tiree Wave Classic, which celebrated its 30th year this year. Tiree is the perfect location with exposure to the Atlantic swell and a high chance of windy days giving the experienced windsurfer conditions to show off his or her talents. Willie Maclean, whose team at Wild Diamond also provides surfing, windsurfing and kite surfing tuition to all, runs the event which is going from strength to strength.

We hit the 0615 ferry from Oban on the Friday, arriving in Tiree early to set up the bar in the Tiree Lodge Hotel who had agreed to host us for the event. Click here to see how the bar took shape.

What a great week we had! The level of competition was outstanding and being able to watch at close hand the performance of theses outstanding windsurfers was a privilege. The wind and waves were perfect on Sunday for all the competitors to show their skills. As the skies darkened and the high tide pushed in on Balaphuil Beach the waves were crashing onto the sand. The pros were just looking to pack up when Willie decided the conditions were perfect and ordered the pro contest to start. The first 4 strode out into the raging water like they were off for a walk in the park and the next hour was filled with loops and jumps and ripping wave rides. 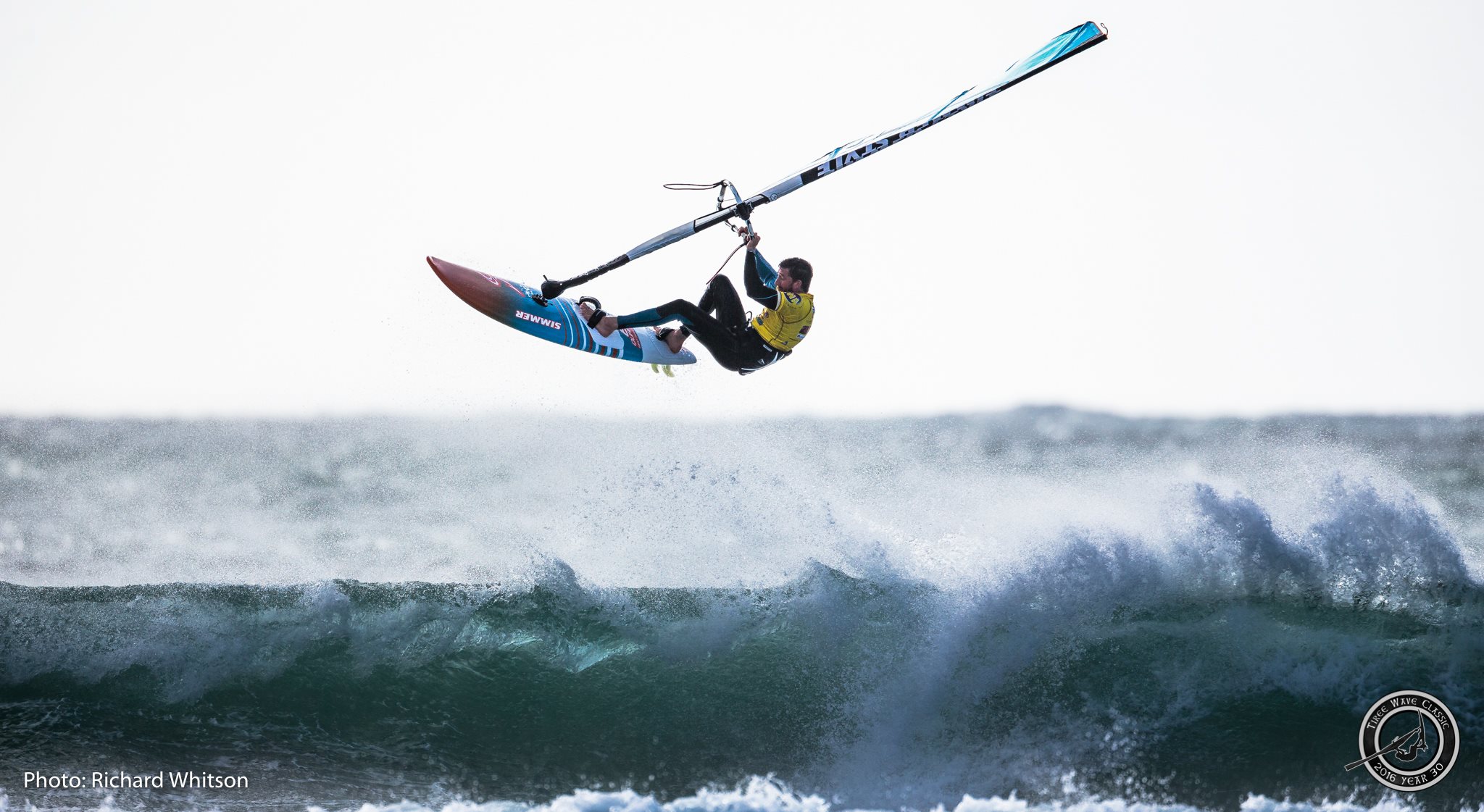 Monday was too calm for the competitors so we all had a windsurf lesson on one of the lochs inland. That put it all into perspective although we were turning and beach starting by the end – in half the wind and on a nice calm loch!!

Tuesday saw the final day of the main competition, as the wind was due to ease during the week and with a cross-shore wind and smaller surf it was a wave ride day. With the main competition compete now it was time to relax with a few beers on the beach and a bit of surfing – I use the term loosely although there was some, brief, standing up usually followed by a ‘graceful’ fall into the surf!

The rest of the week the wind dropped but the swell and surf picked up and Willie elected to keep the fun going with a couple of Surf and SUP (Stand Up Paddleboard) Competitions. These were great fun with some huge (to me anyway) surf and plenty great wipeouts. To see video footage click here. The regulars showed us all how it should be done and we finished the week with a great night on Friday with a dinner, prize giving and plenty of Windswept Beer into the small hours. Congratulations to all the winners, especially Phill Horrocks and Sarah Hilder winners of the mens and ladies professional competition.

It was a huge privilege to be invited to get involved with this event, particularly in its 30th year. The conditions were perfect and it was great to see all the competitors enjoying a beer after their efforts. As we all know, Windswept beer is ‘Best When You’ve Earned It’!

The Tiree Wave Classic has a great atmosphere with spectators and amateurs mixing with the pros with everyone helping each other to ensure they all get the best from the event. There are no outsiders here, everyone is welcomed in and encouraged to get involved. I encourage anyone who enjoys playing in the sea to take the trip over next year. If you make it I’ll see you there!! To see the final wrap video click here.