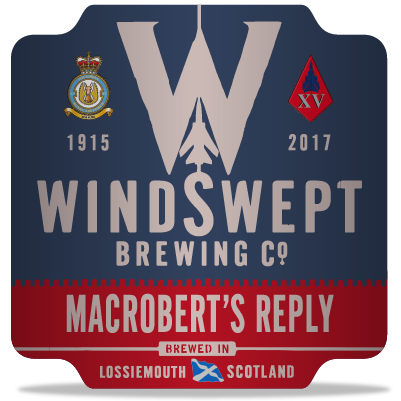 This beer was produced to commemorate the disbandment of XV Squadron after 102 years of dedicated service. Aim Sure.
Good malt flavour is balanced with fruit hop and a hint of chocolate providing gentle bitterness on the finish. No longer available.

Enjoy After: Trek or trail

OFF THE BEATEN PATH